“Both fascinated and alarmed by Britain’s collective historical amnesia, I had to be involved in a project that sought to ‘decolonise history’.”

Journalist turned playwright and writer of Tamasha’s Made in India (2017), Satinder Chohan was one of five playwrights who took up residence in the History department of the School of Oriental and African Studies (SOAS).

Satinder’s audio drama, Scar Tissue, is inspired by what she found, having attended classes and engaged with the students and teachers. Here, Satinder shares the experiences of her ten-day SOAS residency. 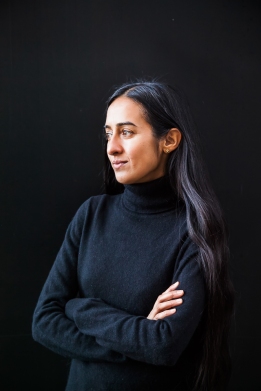 Back in the ancient period of my University of London student days, I regularly used to retreat to Senate House to study, then occasionally hang out at SOAS, whilst sneaking in some Frantz Fanon, Gayatri Chakravorty Spivak and Paul Gilroy as I swotted up on the Western literary canon as an English Lit student. Decades and hazy student memories later, I returned as a writer for Decolonising History, a project for SOAS by Tamasha Digital.

Five writers from diverse backgrounds were in residence at SOAS, sitting in on BA history classes of their choosing for ten days over two months to inspire ideas for five short audio dramas, seeking to interrogate the teaching of history in British schools and universities and to write untold stories from a non Western perspective.

Even in those ancient student days (and still now), I would get into heated arguments about Britishness and British history, for not supporting the English at football or cricket, for recoiling from the loaded Union Jack and Rule Britannia.

I have never felt comfortable being British in a Britain that frequently whitewashes the darker aspects of its imperial history.

Through my family and immigrant community, I learnt about the contributions of my grandfather and his generation to the British war effort, my immigrant parents’ contributions to the rebuilding of post-war Britain, about Partition and the horrors of profiteering British exploits throughout its Empire, but rarely saw these taught at school or discussed and even acknowledged in the nation at large. Both fascinated and alarmed by Britain’s collective historical amnesia, I had to be involved in a project that sought to ‘decolonise history’.

At SOAS, I took classes and lectures around Partition, including ‘Introduction to the History of South Asia’, ‘Histories of Partition: India and Pakistan 1947’ and ‘Colonialism and Nationalism’. Years ago, I read Urvashi Butalia’s The Other Side of Silence, a ground-breaking, visceral work that uses oral histories to tell the untold stories of Partition survivors, the smaller, invisible players whose experiences were largely silenced in the grander political game-playing history of Partition. Sitting in on brilliant lecturer Eleanor Newbigin’s classes, I began building on that book, learning about the subcontinental holocaust of Partition in more detail, through both its big and small players. 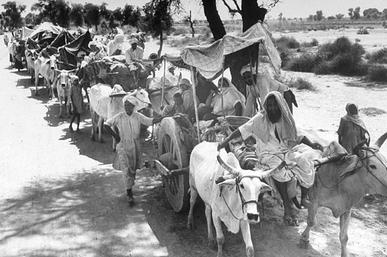 As a 21st century university student, I was immediately overwhelmed by the sheer volume of material available through Moodle! No more just taking notes with pen and paper, lugging piles of library books home. Now, instantly downloadable articles and books, video lectures, class group chats, access to archives to decolonise history at one’s fingertips. I chatted with Eleanor outside class too about Partition, Empire and Britain’s imperial legacy. I spoke to mostly female SOAS students on those courses about history as a subject and its importance and role in their own lives. Impressive and inspiring, all were balancing their studies with a desire to take their historical knowledge and work into the world, to help other women, whether pushing for more female-conscious legislation, working with abused women in their local communities, travelling to Palestine or making ethnographic films focusing on women in Pakistan.

Even though I have always been hugely political, I wasn’t very politically active at college, so it was so affirming to see such a high level of political awareness among almost all the students I encountered. Through the copious reading and stimulating conversations, I began to think about an idea and wanted to write a Partition drama from a contemporary female student perspective. Listening to Partition archives, I also thought about the urgent need to record the memories of the last of the Partition survivors, silenced too long by colonial history. I felt the drama should involve a recently deceased grandmother who leaves behind oral recordings of her life including the revelation of a terrible Partition secret. Oral recordings seemed apt for an aural medium!

As I wrote Scar Tissue, I thought a lot about history and memory (its fragility and reliability) – about the experiences we choose to remember and those we choose to bury, in both family and nation.

Colonised narratives exist and persist in families and a wider world, so that the coloniser’s dominant view overrides other ones. When colonisers bury crimes of the past, historical amnesia develops. So I wanted the audio drama to explore how one family member wants to instigate small ‘decolonising’ changes against the inherited, harmful, forgotten narratives of the past. Yet conflict arises when the rest of the family want to maintain a prevailing colonial narrative that upholds the status quo. While some want to confront and decolonise history to heal an often darker past, reveal other truths and bring a new balance to an inequitable order, others want to deny, cover up, ignore or fabricate new narratives about past events. Crimes and wrongdoings have happened within families and nations and while we can’t change them, we don’t have to turn away from ugly, violent history out of ignorance, shame, guilt or denial. Perhaps we should try to confront those events as boldly and truthfully as possible to heal the past and learn something for the future, rather than repeat colonial narratives and crimes ad nauseam, to only benefit and hear the voices of the few.

Decolonising History has been a vital, exciting project to be involved in, using audio drama and academia to provoke greater debate and awareness around the need for a more inclusive culturally diverse history in academic circles and public discourse. In a globally connected age, in which students are challenging Western-centric and Eurocentric world views and structures, curriculums and canons, pulling down colonial statues and relics, SOAS and Tamasha are at the very heart of a project that questions centuries long Western colonial dominance in and beyond ivory towers. Our project is a tiny contribution to all this – an attempt at a more honest, grown-up debate, so that we can learn more about who we all are and how we relate to one another, to our past and our future in 21st century Britain. This is especially so in a Brexit Britain, overshadowed by Britain’s ‘glorious’ past in an amnesiac nation that has never dealt with its loss of empire – raising pressing questions for us all about how history should live today. 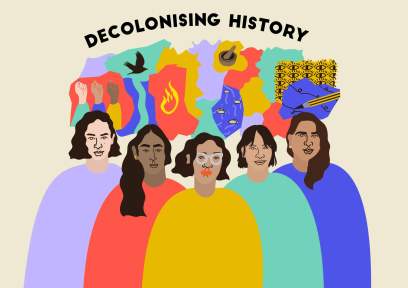 Satinder’s audio drama, Scar Tissue, is premiering at SOAS on 8 October. Book your tickets to the gathered listening event and for a chance to speak to Satinder and the four other writers. Part of Decolonising History – a Tamasha Digital Project for SOAS.

This entry was posted on Wednesday, September 11th, 2019 at 1:07 pm You can follow any responses to this entry through the RSS 2.0 feed.
« Best of British: new theatre in the age of Brexit
Full cast and creative team for nationwide tour of I WANNA BE YOURS 2019 »